After a podium finish in each of the two races at Round 4 of the 2015 Australian GT Championship at Sydney Motorsport Park last weekend, it feels good to be back on top of the leaderboard. The Skwirk.com.au / Beechwood Homes Audi R8 LMS Ultra was perfectly setup by Melbourne Performance Centre and a joy to drive in an exciting and eventful round. 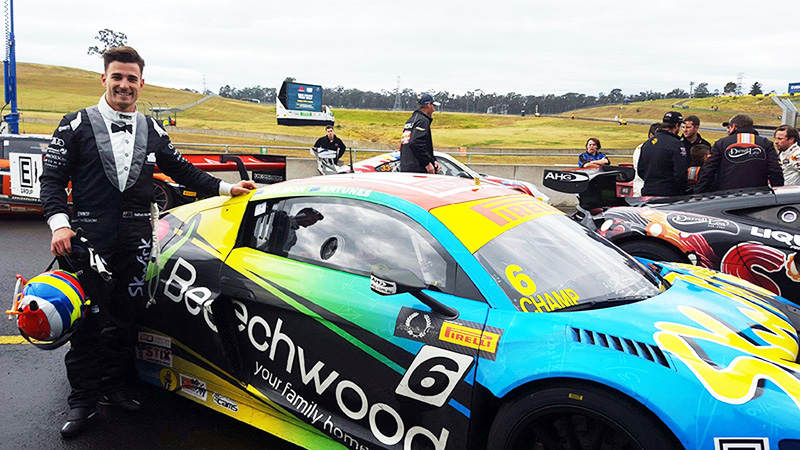 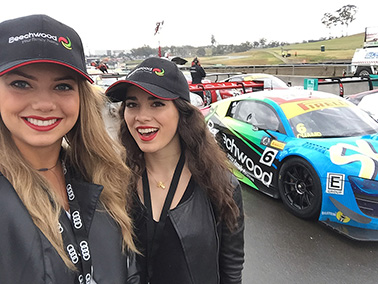 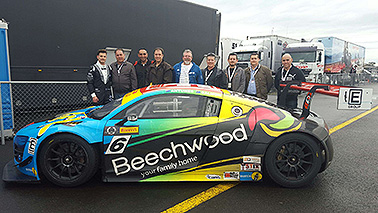 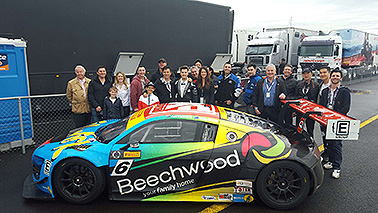 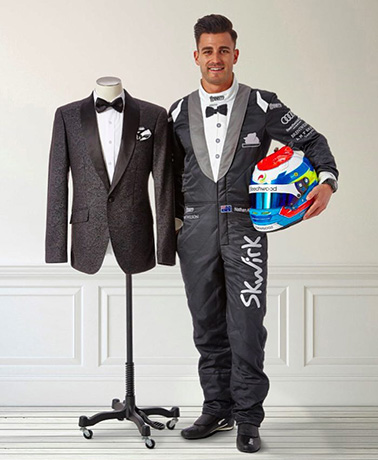 Qualifying for this round was the most difficult of the season. With an almost capacity grid I constantly came across slower cars on the racing line which forced me to abort many of my fast qualifying laps.

Session 1 ended with an incident on the exit of turn 7 where two cars collided and blocked most of the track. With no red flags or red light board indicators to warn me of the dangerous situation, I arrived on scene at full pace and was lucky to find a gap and avoid contact with cars and the wall. Fortunately no one was injured, but again I had to abort my qualifying lap.

By session 2 later on in the day, the track had lost a lot of its speed with rising temperatures and debris all over the place. Unable to better my session 1 position, I was to start in position 3 for race 1.

We got off to a clean start with all cars going through turn one and two without incident. I kept up with the pole sitter Owen in the Ford and my team mate Mies in the Audi ahead of me for a few laps, while managing to keep the car on the track, and the Ferrari of Jono Lester behind me. It was an eventful race with a couple of safety cars creating a lot of excitement in pit lane. After the pit stops, our positions stayed 1, 2 and 3 as it was at the start.

The final safety car period was long and it became clear that it was going to be a two or three lap dash to the finish. When the race finally restarted I was in 2nd position. Ryan did a great job ahead of me and with no opportunity to get past him, we crossed the line tenths of a second apart to claim an Audi 1 2 finish.

It had been raining all night and the forecast was more rain for the early Sunday morning race.

Starting from 2nd position on the grid, the green flag dropped, and I managed to pass Miller into turn one to take the lead. I felt very confident with the car under me and created a few seconds gap ahead of the rest on the 1st lap. Not surprisingly, a few cars came unstuck in the tricky wet conditions and but again, luckily no one was injured.

Just as the pit window opened, another safety car was deployed. The team and I were not sure if we should wait and see if the track was drying out or pit straight away. Unfortunately we made the wrong decision and pitted a couple laps to late. So when I emerged from pit lane, I was almost one lap down and in 23rd position.

A lot of work to do, the car felt great and I was able to push the limit every lap, creating a good gap to Mies behind me. The track conditions remained tricky with a dry line starting to appear toward the end of the race. I kept the tyres as cool as I could by driving on water still sitting on various parts of the track. Making my way up through the field, I took the chequered flag in 3rd position. 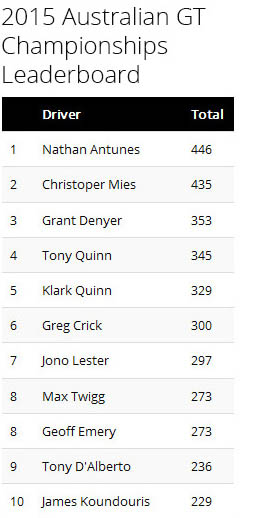 Though not an ideal race, the result placed me 2nd overall for the weekend and in the lead of the 2015 Australian GT Championship.

I have to thank my supporters and sponsors for coming out to what was my home race and being there for me. Beechwood Homes, Novati Constructions, E Group Solutions and Skwirk.com.au have been amazing getting me this far in this championship. Brent Wilson with his continued support and very flash Freem racing Tuxedo made for a great talking point all weekend, Heasman Steering and Bilstein Suspension for all they have done this year so far, thank you! And of course my family and friends!

With just two rounds remaining in the championship for this year, Round 5 in Sandown Vic (11-13 September) and Round 6 in Highlands NZ (13-15 November), we’re looking forward to the 2016 season and planning ahead for next year’s campaign.