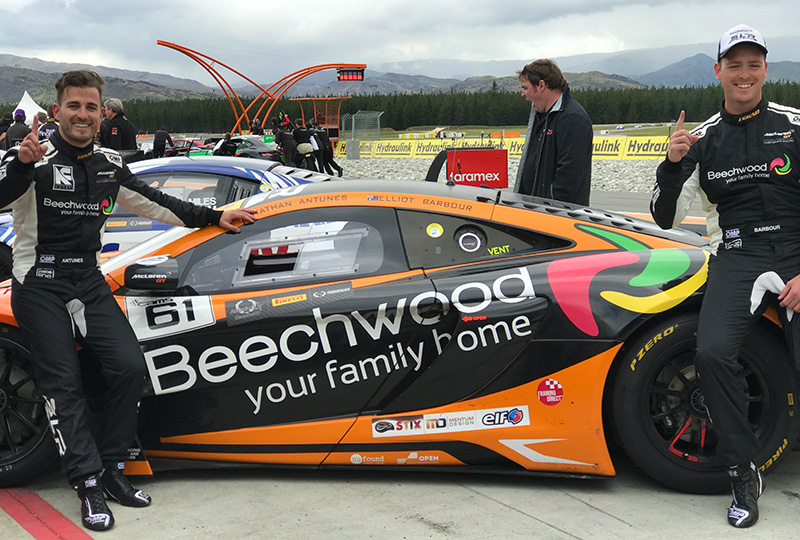 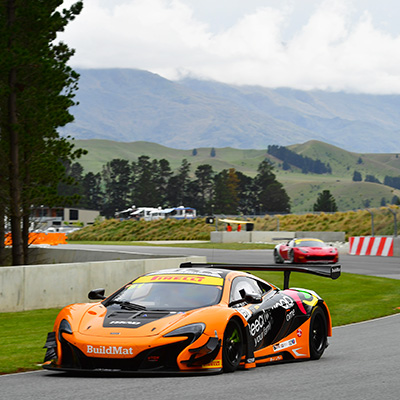 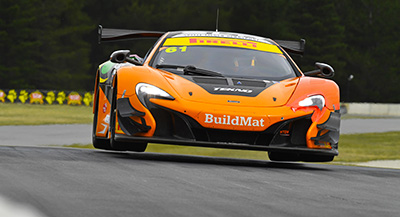 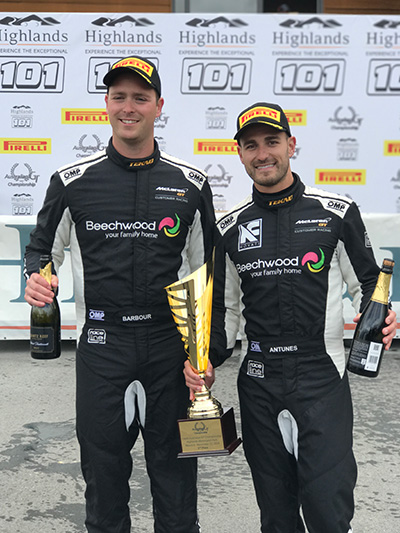 It was great to get back into the McLaren after a couple of months, and it didn’t take long to get the car set up perfectly and on the pace in practice.

Elliot got in the car for qualifying session 1 and did a brilliant job securing fifth in the session considering it was his first time at the circuit and with very little seat time. I was in for qualifying session 2 which I found very frustrating with numerous laps having to be aborted due to traffic. I clocked up my best time on lap 15 which was well past the best of the tyre. I ended up sixth and because the session was faster than the previous one, that’s the position we started in the race.

I was in the car for race one of the Australian GT Championship. Even before the lights went green we picked up a puncture in the rear left tyre due to a screw on the track and as the lights went green I had to pit to change the tyre. Because of this, I started the race from pit lane with a 30 second penalty. But as we’ve seen this year even a one hour race can be long, so I got my head down and pushed hard setting the fastest lap of the race and a new lap record, before handing over to Elliot. Elliot jumped in and did the drive of his life carving through the field with some great passing moves to bring the car over the finish line in sixth position! At the start of the race no one thought this could have been possible, originally starting sixth then moving back to last and then back up to sixth!

The starting roles were reversed for race 2 and Elliot was in the car first. With another great drive, Elliot got the car into the top three before handing the car over to me for the final stint of the race. After all the mandatory pitstops I found myself in 2nd spot behind the McLaren 650s GT3 of Klark Quinn who was driving superbly, making it very difficult for me to pass.

After a while, a safety car was deployed due to a car stopped on circuit. On the restart, coming through the final bend onto the main straight, Klark had a bit of a slide and I was able to carry my momentum past him into turn one to take the lead. I had a lot of pressure from the hard charging Mercedes-Benz AMG GT3 of Craig Baird right on my tail, but I just kept my eyes forward to cross the finish line and take the win for the final race of the 2016 Australian GT Championship!

The perfect way to finish what was a very tough and mentally challenging 2016 campaign. A huge thank you to Beechwood Homes, Novati Constructions, Tekno Autosports and McLaren GT.

Sunday was a brand new day, a different car and a different championship. It was the final round of the Australian Endurance Championship. I was lucky enough to have some laps in the Audi after driving the McLaren just to get my head back into the differences between the cars before qualifying on Sunday morning. 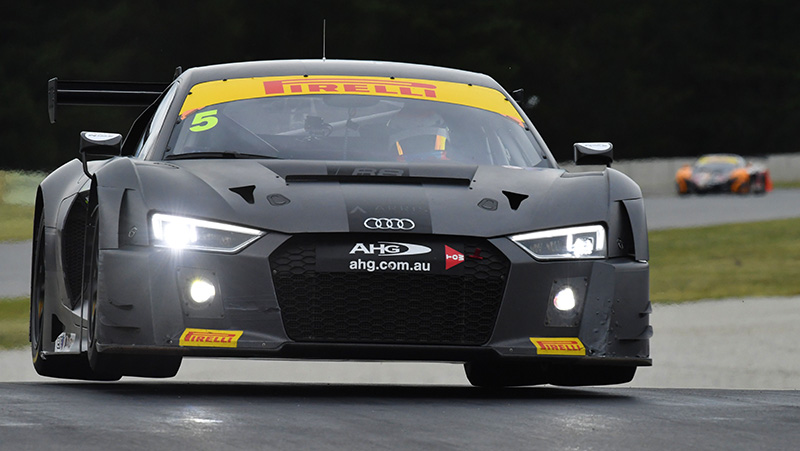 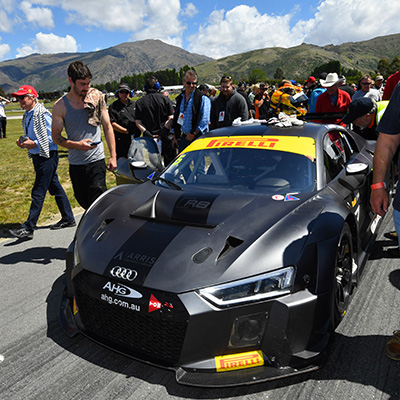 Greg was in the car for qualifying session 1 and immediately got to the top of the timesheets, but once again an unfortunate tyre puncture saw Greg return to the pits, unable to finish the session. Under the circumstances he did an amazing job to be in the top five. I was in the car for qualifying session 2 (the pro session). I knew it was going to be tough and the pace was going to be very fast and I wasn’t wrong. I managed my fastest lap for the weekend but ended sixth for the session only a couple tenths out of the top three. Because qualifying in the AEC is determined by the average of session 1 and session 2, our final starting position was fifth.

The traditional Le Mans style running start at Highlands 101 meant I was able to tag our car to get Greg out onto the track in first position! Greg drove the best I had ever seen him drive, holding the lead of the race for the majority of his stint and not putting a wheel wrong. Pitstop time and Greg was to hand the car over to me for the final half of the race but some dramas in the pits with refuelling caused us to lose about 45 seconds which really hurt us. I got out in about 10th position and put my head down, concentrating on precision to try and make up as many places as possible. 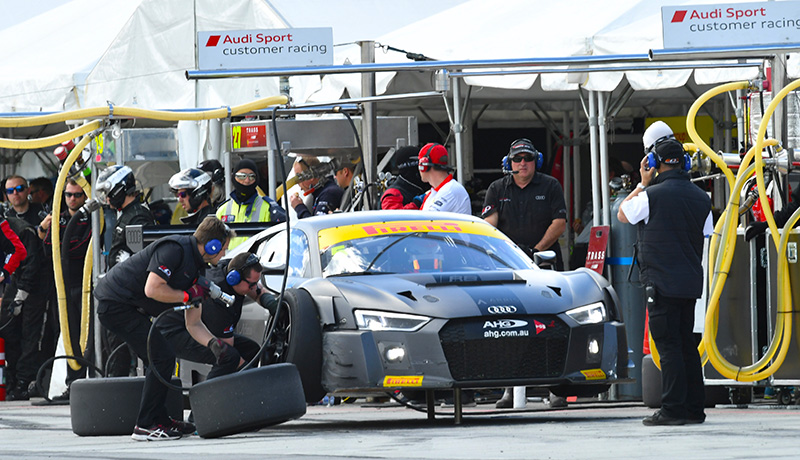 After a couple of safety car periods and some good battles I made my way into fifth position. Unfortunately, a very late lunge by another car attempting to overtake me resulted in some heavy contact. My steering broken and pushed far off the track into the grass, I had to retreat back to the pits for some quick repairs. The Melbourne Performance Centre team did a tremendous job to get me back out on the track quickly so I could still be marked down as finishing the race. A tough end to the weekend when a podium finish looked almost certain in the early stages of the race.

I’d like to say a huge and heartfelt thank you to Greg Taylor for having me as his co-driver and coach for the majority of the AEC 2016, a big thank you to Melbourne Performance Centre and to Audi.

An up-and-down weekend but still a great weekend to finish off the 2016 GT season in Australia.