Podium for Antunes and Taylor in the Endurance race in Sydney

A podium finish is exactly what we came here to do! After a very successful test day a couple of weeks ago, Greg Taylor and I came into the Australian Endurance Championship (AEC) weekend at the Sydney Motorsport Park, confident with our car and feeling great. 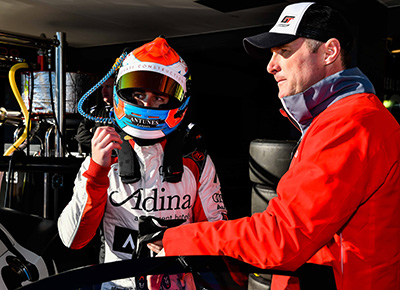 Greg was in the car for the entire one and only practice session. He got some good miles making sure the car was where we wanted it to be and prepared some of our race tyres for Saturdays 101 lap endurance race.

I was in the car for qualifying session 1. The air was cool and the sun was shining and I knew it could potentially be a very fast 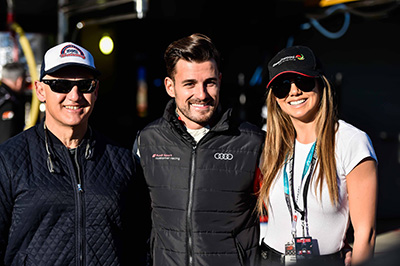 session. It felt like there were 50 cars on the track with the amount of traffic trying to find a little bit of clear air to bank a fast lap. I managed a 1:27.2 with a very messy second half of the lap, trying not to lose time while passing a car that just didn’t see me while cooling his tyres. The session was momentarily red flagged with only a few minutes to go, so there was a chaotic race to the chequered flag with everyone having another crack at bettering their lap time. One of the older Lamborghinis ahead of me made a mess of the final corners and tried to get back online, causing me to evasively get on the brakes to avoid contact. Lap over. I ended up 3rd and just 0.2 off pole position.

It was Greg’s turn for qualifying session two. While he was getting ready in the car, rain drops started to appear on the windscreen which put the whole paddock into a bit of a panic, but with minutes to go before the session went green, the clouds cleared and the sun appeared for another dry run. The session was green from start to finish and Greg was able to find some clear air to punch out some solid laps. He set a time of 1:26.6, a little off what he was aiming for, but with both our times combined it put us in 7th spot on the inside of the track for the start on Saturday. 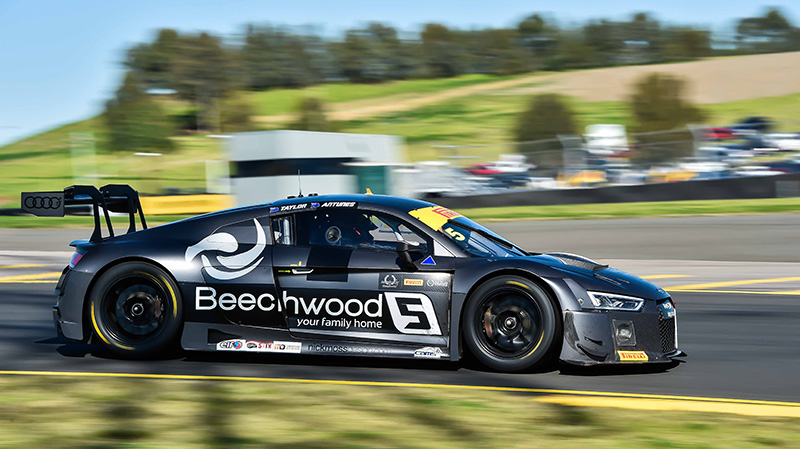 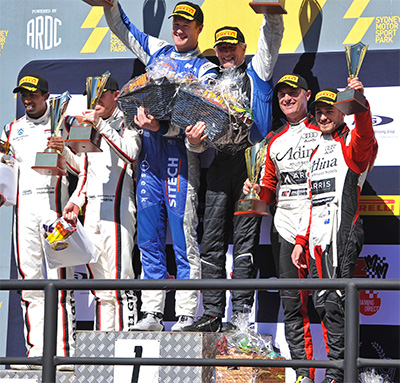 Race start was hectic with everyone battling for track position before settling into a rhythm. I was stuck behind the McLaren 650s of Warren Luff who was clearly slower, but made it very hard to pass. Slowing himself down in the process, one of the Lamborghini’s and a Mercedes Benz caught up behind me. I managed to pass the McLaren but not without losing position to the Lamborghini and the Mercedes. I didn’t worry about getting back past them as it was all about maintaining good consistent lap speed going into the first round of pit stops. At just after the 20 lap point I came into the pits for our first compulsory stop and driver change. Greg jumped in the car for his long middle stint of the race.

Greg quickly got into an excellent rhythm and was sitting 3rd and 4th after the first round of pitstops were completed. Managing traffic very well and pulling off some very impressive passing manouvres on live on TV, it got the crowd in the grandstands and the whole team in the garage cheering! Greg was able to maintain the gap and match the speed of the leading Aston Martin and Porsche to hand the car back to me for the final stage of the race. Our final pitstop was seamless with the Melbourne Performance Centre (MPC) crew doing their standard excellent job, I was now in the car to the end. 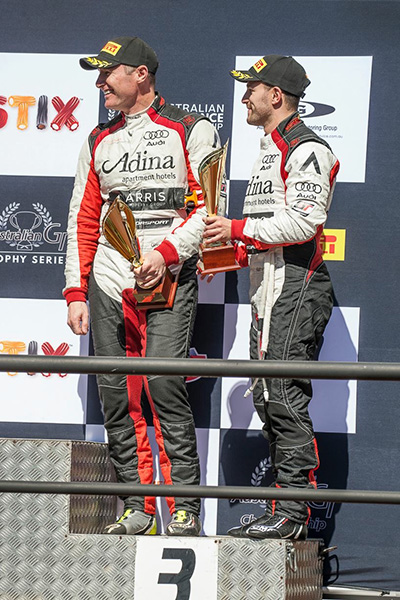 I came out of the pits in sixth position and I was able to make my way back up to 3rd with a few passes and jumping some cars in the pit stop sequence. The final stage of the race was fairly uneventful, with most of my passing being done lapping other cars and keeping out of trouble. I was on the radio back to my engineer managing the gap behind me to 4th and slowly creeping up on the Aston Martin and the Porsche in front. The time gap to the leaders was too big to reel in with the laps that I had left so my main focus was to keep the tyres fresh in case there was a safety car which would have bunched the field up, I would have been ready for a dash to the finish line.

Chequered flag and we crossed the line in 3rd! A great feeling to be back on the podium and to share it once again with my good friend and teammate Greg Taylor, keeping our podium streak going from our win at the Bathurst 12 hour.

A huge thank you to Beechwood Homes for getting me to this Sydney endurance race, to my family and friends for their continued support, pushing me to my goals and to my supporters from Novati Constructions who came out to cheer me on. Thanks also to Troy, Lee and everyone on the MPC Team.