Another win for Nathan Antunes and Rod Salmon in Sydney

Last weekend Rod Salmon and I returned to Sydney Motorsport Park for Round 4 of the Australian GT Championship from 22 to 24 August 2014. Our goal was to maintain our lead in the championship and if we could, extend that lead. That’s exactly what we did! 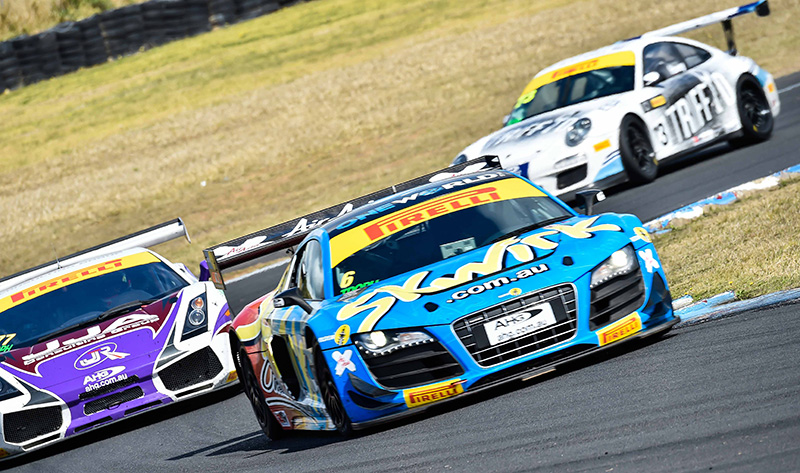 The Skwirk.com.au Audi R8 LMS GT3 was great. During Friday practice Rod and I worked together with our engineer Ric Kemp to make the car work the way we wanted it to. 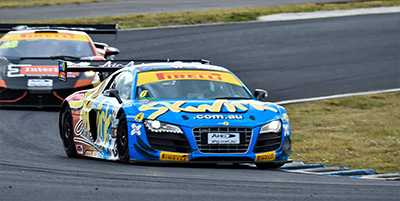 Rod and I both completed the qualifying session on Saturday morning and I was able to put down a time of 1’28.2 for pole position. This was almost 2 seconds faster than our nearest Trophy Class competitor and good enough for 3rd outright on the grid, ahead of some very fast Championship Class cars and professional drivers.

Rod started from position three on the grid in Race one, and held the lead in Trophy class very well right up until we had a safety car period and we headed into the pits. We dropped to position 4 in class as a result of the pit-stop driver change and safety car period, but were looking good for a podium finish. Once the safety car came into the pits and the green flag was waved the race was on again. With some very intense driving and overtaking on the first couple of laps I was able to make my way to the lead and crossed the finish line for the win in Trophy Class and 4th outright.

I drove first in Race two on Sunday, starting from position 4 on the grid. The start was very busy especially in the braking for turn 2 where I had cars close on both left and right sides in my blind spots. It was impossible to know exactly where they were using the side mirrors. With pressure from the cars behind and being mindful of not racing the Championship cars in front of me, my only goal was to give the car back to Rod in the pit-stop with tyres in good condition and preferably to still be in the lead. 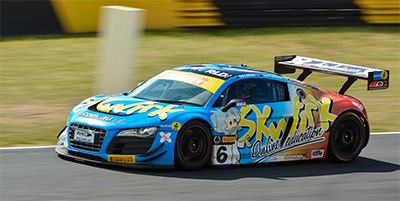 At pit-stop time we incurred an extra five seconds pit-stop penalty as a result of our success in race one and we lost the lead in the Trophy Class by a few seconds. Rod rejoined the race in 2nd position. However, after calculations by the team we realised that we only needed to finish in second position to win the weekend, so Rod put down some excellent lap times to keep the chasing pack at bay and crossed the line in 2nd to clinch the win for the round.

Next up is the Australian GT Championship is Round 5 in Melbourne at Sandown Raceway 12th-14th September 2014.

Keep posted for news and results on my Facebook page. We will be working to continue our winning ways!