Rounds 5 and 6 of the GT Asia Championship was an amazing experience. Battling the extreme weather conditions at the Fuji International Speedway in Japan was especially challenging as it was my first time in the McLaren 650S GT3 and my first time at this iconic world circuit. It was a first for me and my co-driver Rod Salmon!

We arrived at the circuit on Wednesday morning to start getting ready for the new car and new track. We met the crew of the FFF Racing Team by ACM and had a look through the cars. We soon had big grins on our faces when we saw how professional the setup of the team was. This was more like a top notch Formula One team garage. 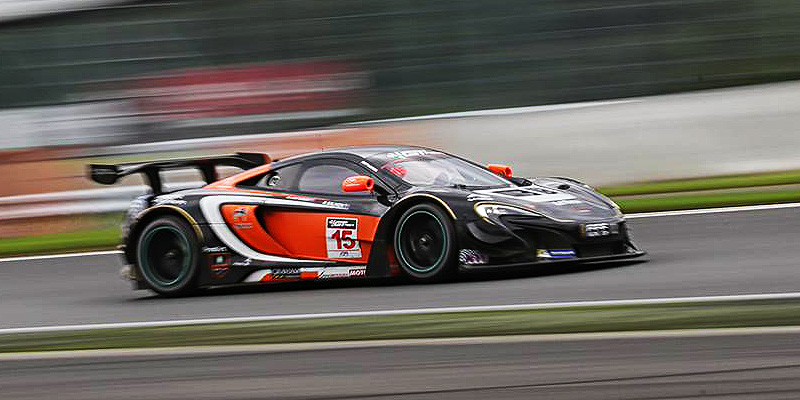 Road and I got to work looking through race data and on board footage to get ready for our drive. Later in the day the engineers and drivers went for a walk around the circuit to really get a feel for what we were about to drive on. At this point it really started to hit that I was at Fuji. What an awesome place.

Thursday and Friday were practice days for us and we got some great tack time. The down side was that with Typhoon Nangka heading our way, it was wet, very wet! To learn a car and a track in heavy rain made it very difficult. Both Rod and I were constantly on the edge of grip driving through the rain, getting the most out of it while keeping it on the black stuff. Lap times were coming down and working with the FFF Racing team and engineers was great, especially as Ric Kemp, my engineer on the Audi R8 LMS Ultra in the Australian GT Championship was with us. 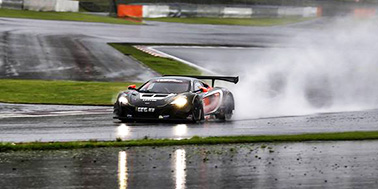 The rain was persistent and the entire qualifying session was wet. Four or five laps into my run the rain stopped and the standing water on the track started to dissipate. Just at that point, I had gearbox trouble and lost the ability to shift down gears and was forced to pit. Unable to continue the session, I could only watch as the track dried up the times got faster and I was pushed out of the top 10.

Ten minutes after session 1 ended, Rod got in for qualifying session 2. Since it wasn’t possible to diagnose the problem with the gearbox in such a short time, the team came up with a plan to overcome the gear issues buy switching over to the manual override option. This made it very difficult for Rod but it was necessary to set a time in the session. From the out lap the troubles hit straight away but Rod did a cracker job with an undriveable car and was still able to get a time in to keep us off the back of the grid. 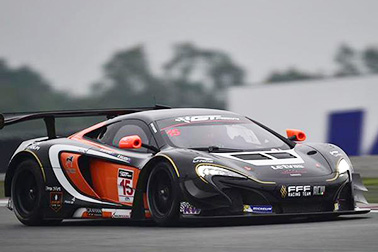 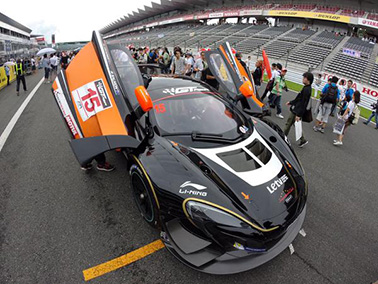 On Saturday afternoon 18 July, it was finally dry! Although the heavy spots of rain on the windscreens while we were stationary on the grid had all teams to diffidently prepare to change from slicks to wet tyres in the last minutes before the green flag for the formation lap. I opted to stay on slicks and brave the rain drops which paid off.

I had a great start and managed to keep my nose clean through turns 1, 2 and 3 making up a few spots into the top 10. For my first proper laps in the car on a dry track I was really starting to feel what the car was capable of and working to its strengths following my team mate Tonio Liuzzi in the other FFF Racing team McLaren as we made a few more spots over the first laps.

At about the 15 minute mark the drops of rain started again on the windscreen and after a lap of uncertainty, the heavens really opened up and at it was survival of the fittest to keep on the track until the pit window opened and I could do a wet tyre change and driver change for Rod to take over all in one hit. I kept it on the track and make up another couple of spots as other cars found what it was like to go over the grip limit. Pit window opened and I raced into the pits in 6th place.

After an awesome job by the crew with the tyre change we left the pits holding position. Unfortunately for Rod he now had 35 minutes of heavy rain to race through and bring the car home and that’s exactly what he did, setting his PB wet lap times in the process. With some tense battles with cars that clearly had superior pace especially on the 1.4km main straight Rod brought the car over the finish line in 8th place for our first top 10 finish as a driver pair in Fuji and in the GT Asia championship, an awesome way to start!

Sunday afternoon, 19 July. Completely dry from green light to chequered flag, finally! Rod had a great start and a determined drive, moving up quite a few positions to be within reach of the top 10 as he handed the car over to me in the pit stop driver change at the 25 minute mark. The McLaren felt great and it was quite a lonely race for me until the last laps. I had to focus on making every lap a qualifying lap because I had received information from my engineer that 7th position in front of me was in striking distance if I was able to consistent with my lap times. I caught the McLaren MP4-12C in 7th and had a very exciting last few laps. Unfortunately on entry to the last corner we had some contact which forced both cars off the track. We both quickly continued but I dropped to 9th in the process and was able to hold that position for the final 2 laps. 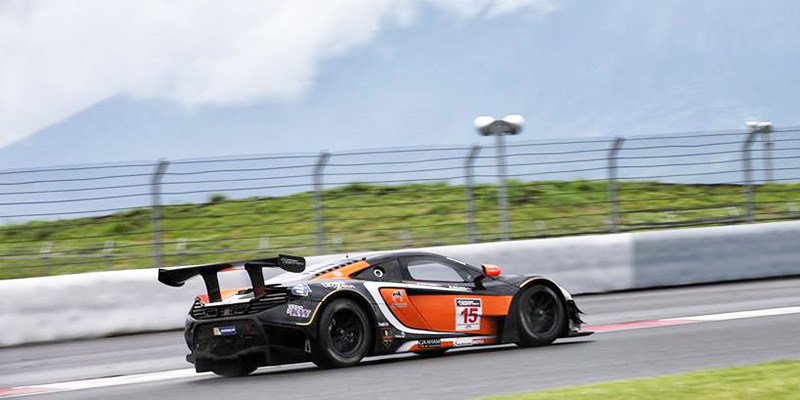 All in all a successful race weekend with a new car for Rod and I to learn and experience, a new and very professional FFF Racing Team be ACM and a new circuit. Both Rod and I left the race weekend very excited and hoping to come back for the next round of the GT Asia Championship.

I would like to thank the amazing team at FFF Racing Team by ACM for such a great weekend and giving Rod and I the opportunity to be part of a truly professional team. Again Ric Kemp was exceptional in getting the most out of the car for Rod and I to do the job, thanks Mate!