“A ripping drive. Deserves to be on the podium.” Commentator

Dispite some great racing and good commentary, this was not the best start to the season. But one thing is for sure. Tekno Autosports have given Elliot Barbour and I an amazing Beechwood Homes/BuildMat sponsored McLaren 650S GT3 race car to go for the 2016 Australian GT championships. 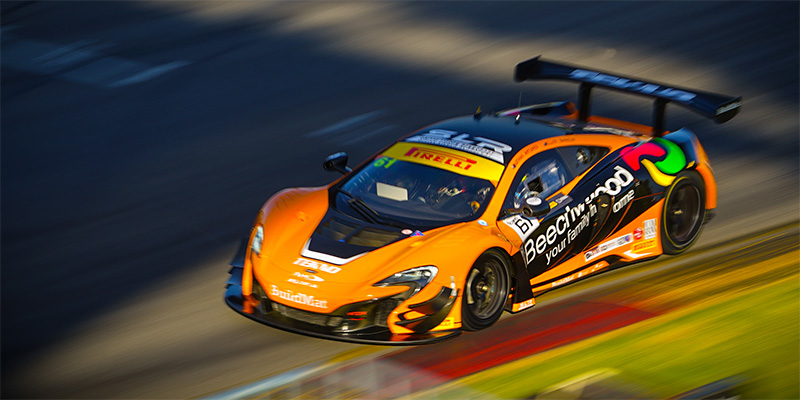 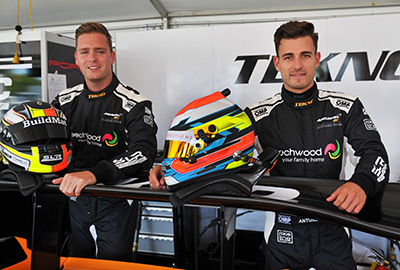 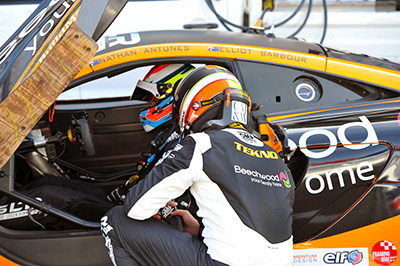 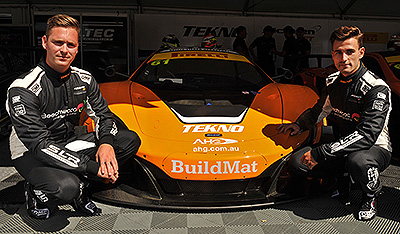 After a short 20 minute practice session in the morning, Elliot and I had a little bit of time to get used to this unforgiving street circuit in the new McLaren. Elliot jumped in for qualifying session one just after lunch on Thursday. The track was quite dirty but Elliot did an amazing job putting the car in position three by the end of the session with a 1:22.3 lap time. The car was feeling great and only slight changes were made for qualifying session two when I jumped into the car. I was felt right at home and as the track began to clean up a little bit, I managed a 1:20.6 which put us in position three for the session and position three for the start of race one.

The first race of the 2016 championship season was at lunchtime on Friday. I jumped in the car for the first half of the race. Everything was feeling great and I fought my way to the lead, in the process breaking the current race lap record with a 1:20.4 before handing the car over to Elliot in the pitstop. Our pitstop time penalty meant that Elliot got stuck in a large pack of cars that seemed to be driving all over the place. Elliott was smart and was able to keep the car damage free and bring us home in sixth position.

Alternating drivers from race to race is part of the Australian GT rules so for race 2 on Saturday morning Elliot was in for the start. The first few laps were excellent and Elliot made his way up to 4th position. Unfortunately, while making a move for third Elliot had contact from another car, which spun him around and forced him to re-join the back of the field. Pitstop time and I jumped in but it turned out that the rear left wheel was badly damaged from the contact. Thanks to the great work from our mechanics who noticed the problem and changed the wheel. This pushed our pitstop time longer than it should have been and put us a lap down.

I finished the race in 22nd position, a little disappointed with our bad luck, but was positive since we would have a lower pitstop time penalty for the next race because of our low grid position.

Sunday morning and I was back in the #61 McLaren for the start. The track was cold, dirty and unforgiving. This was my chance to make some positions. I knew I had to be really clean and precise, so as soon as the lights went green, I made sure every single passing manoeuvre I did was both committed and visible to the other cars. I managed to pass four cars into turns 1 and 2 and another four cars down the outside of turn 4 because everyone blocked to the inside and backed up. I then passed another car into turn 5 and another into turn 7. By the time I exited turn 8, I was in 12th position and due to an accident at turn 9, I gained another three spots and crossed the finish line after lap one in 9th position. The car was feeling amazing and I was feeling great.

The safety car was deployed for the accident on turn 9. Between the time the race restarted and my pitstop to hand the car to Elliott, I went from 9th to 2nd position. We were in an excellent position to seriously challenge for a podium finish. Sadly, just one lap into Elliott’s drive a problem with the car caused it to shut down and forced Elliot into the pits. By the time the car was good to go, we had lost 5 laps.

Definitely not our weekend but Elliot and I are feeling positive for the next round at the Melbourne Grand Prix. We know we have a great team and a beautifully turned out car so round two of the Australian GT championship will hopefully be more kind to us.

A huge thanks to Beechwood Homes, Novati Construction, Build Mat and Compello for the amazing support and of course our team Tekno Autosports.

See you in the streets of Melbourne at the Formula One Grand Prix for round two of the Australian GT championship March 17-20.